Car owners are always looking for ways to quickly remove dents from their car door panels. We will be discussing how you can do so with different dent removal techniques and tools.

Removing dents from a car door is not as simple as removing a dent from plastic bumpers. Door panels are usually made from a thicker material and require more time to complete the repair.

Most dents that are in this location will take a few hours or days to fully remove. The particular PDR time frame will depend on the location and severity of the damage. Continue to read if you want to find out the different ways to go about how to remove dents from car door panel.

Table of Contents Show
How to Remove Shallow Dents From Car Door Panel
Removing larger dents using a suction cup
Fixing car dents using hot water and a plunger
Removing Smaller Sized Dents Using A DIY Method
Interior Door Panel Dent Removal Process Explained
Thing to Know Before Removing Car Dents from The Outer Side
Should I worry about a small dent in my car door?
How long does it take to repair dents in car doors?
What is the best way to fix large dents on a car door?
Can you remove a door dent using dry ice?
Can you fix dents using only a hair dryer or heat gun?
Summary
Related Posts

How to Remove Shallow Dents From Car Door Panel

There are different ways you can remove shallow dents from your car door panels, such as using suction dent pullers, PDR tools, or even a plunger. Before you try to pull the dent out, you should pour hot water into the surface area, which will allow the metal to relax. You can also use a heat gun to loosen the metal.

Once the sheet metal has been stretched out, you can use a suction cup to pull it with just one try. After the pulling action, you should hear that pop sound when removing the dent. If you are using a plunger or suction dent pullers, remember to add a little bit of Windex to get an extra grip.

One of the best ways to fix larger dents and dings is by using a suction cup. You’ll also need a few extra things for this DIY repair, including Windex and a microfiber cloth.

The following is a step by step guide on how to fix car dents with a suction cup:

Fixing a large dent with this method can take just a few minutes. However, most of the time, the damage will not come out completely. You might have to use other methods to get the door panel back to its original state.

Overall, removing a dent with a suction puller is more effective for larger dents and helps when the metal does not need much work done on it. You will definitely get better results if you use this method in combination with other dent repair tools such as heat guns and slide hammers.

If you are looking to remove dings inexpensively, then this method is for you. This technique will work on shallow dents and medium-sized dings.

Basically, you would pour boiling water into the dented surface area of the panel in order for this strategy to work. Then, use your plunger to pull out gently on the metal until the dent pops.

Follow these steps to remove a car dent using hot water and plungers:

Depending on the type of damage and the location, this method might not be successful. You might succeed in removing a portion of the dent, but most likely, you will need to use other methods on the remaining damages. Sometimes you might have to pull harder on the plunger to remove the ding.

Paintless dent repair is one of the most effective ways to remove small-sized dings on a body panel. A body shop should be equipped with the proper tools that allow them to use this method.

A small dent can be fixed by using a slide hammer or even a bridge dent puller, but this works best for smaller dents. Do not use a flat screwdriver when you are trying to remove the glue residue. This can hurt your car’s paintwork.

For a large dent, you might be required to use other more effective procedures. Another old method that works on small dents is by using compressed air. Typically you will need to heat up the area where the hole is located with a hair dryer or a heat gun. Then you would proceed to apply the compressed air until the dent pops.

The exterior side of the door usually has more space than the interior of the door. However, you do have a better chance for success when repairing ding damages from the inside of the doors.

The first thing you need to do if you are going to do this yourself is to get a dent removal kit. You are going to need lots of tools and some patience to remove the ding. Try to purchase a kit that includes a heat gun, PDR rod, slide hammer, reflector board, PDR hot glue, and suction cups if possible.

With your car parked in a safe place, remove the interior panel of the door you will be working on. Make sure you have enough space to spread all the plastic parts once you remove them. Record yourself during this process to remember how to reassemble the internal panel.

Place the reflector board near the surface area that you are going to be working on. Use the heat gun to heat up the metal to make the ding more pliable and easier to remove. Start by pushing the dent from the inside of the panel with the help of a long metal rod. Do not apply too much pressure.

Use the tapping hammer and gently tap the small circle area around the little dents. For small dents and dings, try using the glue pullers. Clean up and remove any glue residues using a vacuum cleaner. Remember to store all the screws on the inside pockets of the panel.

If the dent remains, repeat all of the above-mentioned techniques until you are able to complete the dent repair. It is best to keep the door open during the process of removing a ding from your car doors.

Thing to Know Before Removing Car Dents from The Outer Side

If you have multiple dings and you have no experience, our best advice would be to call a local auto body shop and let the experts fix your car. Here are some of the most important questions with removing a ding from a car door:

Should I worry about a small dent in my car door?

Minor dents are not usually a huge concern. Some dent professionals would be willing to remove small dents for an affordable price. We recommend using a PDR technician if you do not have previous experience with removing dings. If you try a DIY solution, you might make the dent worse and will end up using a tech anyways.

How long does it take to repair dents in car doors?

The dent removal process when it comes to car doors will take at least a few hours. You can call a body repair shop and get a free estimate where they can give an exact time of how long they are going to take. It can take from a few hours to few days to remove the dent if you are removing it yourself.

What is the best way to fix large dents on a car door?

When removing large dents that are located on your door, the best method is by using PDR tools. When dealing with large dents on a door panel, dent pullers like suction cups, slide hammers, and rods would help you restore the panel to its original state.

Can you remove a door dent using dry ice?

The DIY dry ice technique is not a proven way to remove a ding. Dings and dents inside panels are more complicated to fix than the ones found on a car’s bumpers. Traditionally, you would cover the dry ice with aluminum foil and apply a circular motion over the dented area.

We found this process to be time-consuming and ineffective, so we recommend you do not try this if you do not want to lose some of your hard earned money.

Can you fix dents using only a hair dryer or heat gun?

Not on door side panels. The hair dryer hot air is proven to be effective on bumpers because they are made out of plastic that is softer. However, car side panels are typically made out of a harder material. So in order to remove the dent completely, you will need to use a PDR tool. Removing dings from plastic material involves less effort on your part.

A common dent can be removed with ease from your truck’s bumper. When it comes to dings located on your door, it becomes a little harder to get them to pop out. If you are going to be removing the interior panel, be careful with the door’s wiring. You can now go and try what fits best for your situation. 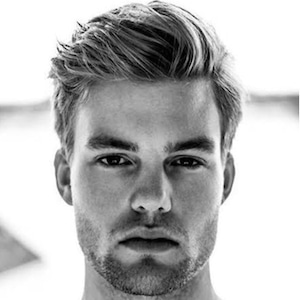