Failure of the fuel injector in a vehicle may result in various types of issues besides affecting the performance of the engine. It is essential to be aware that fuel injector is an electrically operated device that delivers fuel into the engine of the vehicle through its inbuilt nozzle.

Poorly maintained fuel injectors could affect your car’s performance. Gas mileage may suffer, and your car’s engine may even run roughly. Many mechanics suggest that fuel injectors should be cleaned every 36 months or 45,000 miles.

What are Fuel Injectors?

Fuel injectors control the timing of when fuel is injected into your car engine combustion chambers and how much fuel is injected. The engine control module electronically controls them. Which also manages the air intake, the generation of a spark by a spark plug and many other actions associated with a smooth running engine. Direct injection is in most modern vehicles today.

How Do They Work

The engine control module signals the fuel injector to spray fuel into the engine cylinder. The injector is connected to a fuel rails that delivers fuel pressure from the gas tank. The solenoid in the injector is turned on, allowing the fuel to spray into the cylinder for a set amount of time. If the pressure drops this can cause problems in your injection system. 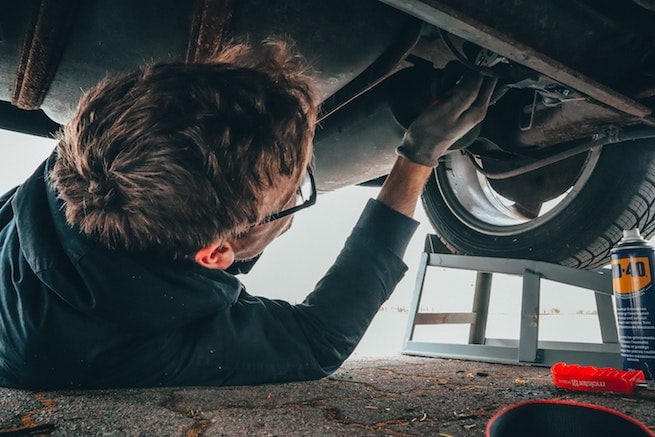 1. An abrupt change in the power of the engine

An abrupt change is undoubtedly one of the common signs that will make a car owner aware that fuel injector of the car has got damaged. When a fuel injector gets clogged, there is usually an irregular supply of fuel towards the engine of the vehicle. The abrupt change leads to the fluctuation in the performance of the engine. Make sure to contact an experienced mechanic and thereby determine the problem in the fuel injector system of the car.

An injector leak is also one of the symptoms that will enable an owner aware of whether he needs to replace the fuel injector with a new one. A fuel leak generally happens when the fuel injector of the vehicle has got damaged or cracked, due to which fuel gets leaked out of the engine. The injectors provide fuel to the engine and if there a leakage you might have problems starting your car. Leaking fuel injectors must be replaced.

3. Misfire in the engine

A misfire generally occurs when the injector struggles a lot against the clogged foreign particles, to start the engine effectively. The misfire in the engine can easily be felt while driving the vehicle. The engine misfire is undoubtedly a serious issue, due to which this sometimes causes the engine to overheat.

4. Poor fuel economy of the vehicle

Poor fuel economy is also one of the common symptoms that will help a person realize that the fuel injector system needs to be repaired. If there is a continuous leakage of fuel due to damaged injector, then there will undoubtedly be an effect on the fuel economy of the car. Injector cleaning can help to solve the problem.

Rough idling is undoubtedly one of the common symptoms that will help a person to realize that there is an acute problem in the injector of the vehicle. A damaged fuel injector will not only affect the performance of the car when it is running but also affect the smoothness of the engine when the vehicle is the idle condition. Rough idling can produce failed emissions test in the future.

6. Lots of fuel odor from the vehicle’s engine

Bad odor is a common problem in the vehicles that have a dirty fuel injector. An injector that has partially clogged will emit the fuel odor of the un-burnt fuel from the engine. If this problem persists for a more extended period, then make sure to get the advice from an experienced mechanic. They are the person who can quickly diagnose the problem in the vehicle.

7. Increase in the vibration of the engine

Engine vibration is also one of the significant issues in a vehicle when the fuel injector gets damaged. A dead or damaged injector will result in a non-firing cylinder, and hence when an engine completes a specific cycle, it will experience a hiccup. A vibrating engine is one of the crucial reasons behind vibration in the engine of the vehicle.

8. Instant surging of the engine

Engine surging is a common symptom that will make a person aware that there is an issue in the fuel system of the vehicle. When too much of gasoline gets injected towards the engine, then it results in surging of the engine instantly. This is a condition when a car may seem to leap up at once but will face hard times in taking off.

9. Lots of fuel spots around the car

Fuel spots are also one of the vital symptoms that will help a person determine that there is an issue with the fuel injector of the car. The cause of fuel spots is leakage of fuel through the damaged injector of the vehicle. Make sure to avail the service of an experienced mechanic and replace the fuel injector at once. Also, this can mean that the airfuel ratio is low inside the fuel lines. Leaking injectors need to be replaced as soon as possible.

10. Problem while starting the engine

Facing trouble while starting the engine? This may also be one of the vital symptoms that will help a person to realize that there are faulty fuel injectors in your vehicle.

A dirty injector may affect the standard engine starting by restricting the flow of fuel towards the engine. A similar problem happens when your car has a clogged fuel filter. This is a common problem with the engines that generally happens during cold winter condition.

11. A gradual increase in the temperature of the engine

The temperature increase is also one of the vital symptoms that will make a car owner aware that the fuel injector has got damaged and it needs to be replaced.

These are some of the vital faulty fuel injector symptoms that will help a person realize that the fuel injector of his car has got damaged. It’s wise to avail the valuable services of an experienced mechanic before various other useful parts in the engine get damaged.

Diagnosing a bad fuel injector can be difficult. A bad injector can act the same as other components in the system when they fail, e.g., bad spark plugs, coils, wires, or other electrical problems. A step by step diagnosis process is:

What is the best way to avoid the problem in the fuel injector of the vehicle?

Since a faulty injector may ultimately result in damage of various vital parts of the engine, it’s necessary to take care of it and thereby prevent loss of valuable money. It’s required to clean it with prescribed oil once in a month thoroughly to keep the fuel injector of the vehicle in working condition. If the problem in the injector still persists, then it will surely be wise to replace it by hiring a mechanic.

While hiring a mechanic, make sure to check out the number of years he has been in this line of business. It will also be wise to determine whether he uses the latest equipment to diagnose a particular issue in the vehicle. The fuel injector is a vital part of a car, make sure to clean it to improve the efficiency of the automobile. Also, ask your mechanic to check the transmission fluid.

An experienced mechanic will have an engine computer that will provide him with an specific trouble code to help him identify the problem.

The following are potential symptoms of bad fuel injectors that are failing or clogged with carbon deposits.

Note that other elements of your engine can also cause these issues. If the engine light is on in your dash, check for error codes to determine the cause. Verify that your air filter, fuel filter, spark plugs, and wires/coils are all in good condition. Also, check that the fuel pump is working correctly. Confirm there are no leaks in vacuum hoses. Fuel injector maintenance requires several hours to complete, while these simple checks can be accomplished in minutes.

Properly working fuel injectors spray precisely the amount of fuel mixture needed into your engine’s cylinder to deliver the amount of power required, for idling, acceleration, and cruising. Faulty injectors that have deposits that are clogging them may stay open longer, allowing more fuel to enter the cylinder than required. This condition can also damage your cars catalytic converter, which is an expensive item to replace.

A clogged fuel injector cannot deliver the amount of fuel trim needed. It may provide too little or too much for the operating conditions your engine is experiencing. A fuel injector that is not working usually does not deliver any fuel at all. There can be a total loss of fuel from that particular combustion chamber.

Hydrocarbons, sediment, and other materials in the fuel can clog a fuel injector over thousands of miles. Water in the fuel or gas tank can also cause rust which may pass through the fuel filter and clog the injectors. A clogged injector means failure in the fuel delivery to the engine. The result is one of the common reasons why your car wont start.

Can a Bad Fuel Injector Damage the Engine?

Now that you know what symptoms to look for you can try to repair it yourself. If you have some basic vehicle knowledge here is a video to help you fix some of the fuel injector issues:

A check engine light coming on can be the result of a dirty clogged or bad fuel injector. You can lear how to DIY fuel injector cleaning from our previous video. Poor fuel economy is also related to problems with an injector.

Bad injectors will cause other problems related to your car O2 sensor failure, transmission repair or cooling system malfunction. Also, cleaning fuel injectors can prevent you from hard starting your car.

Injection systems are not perfect and are common to fail over the vehicles life. You should consider using a fuel injector cleaner if you are experiencing engine performance issues or problems in your fuel injection system.

A local car care center can help you diagnose any fuel injector issues and also any air conditioning repair. Injector valves and bad oxygen sensors are also common when the fuel injectors are clogged. Clean dirty injectors to prevent poor idle and increase your fuel performance.