The automotive industry is evolving rapidly, and electric vehicles are becoming more popular. Even though electric vehicles produce lower levels of greenhouse gases, they are still much better for the environment than vehicles that run on gasoline.

Everyone knows Tesla for several reasons, from the car’s stellar build to the fact that it is a fully electric vehicle. However, one major reason why people are attracted to this car is its reduced carbon footprint.

That said, not everyone believes these electric vehicles or their batteries are as green as advertised. So, how green are Teslas? Are Tesla batteries bad for the environment?

Most of the raw materials and components that go into their lithium-ion batteries can be recycled or reused. But eventually, some of the toxic chemicals that can leach out of these batteries could end up in hazardous waste landfills.

To help you understand more about the environmental impact of Tesla batteries, we will go over everything from the materials used to make them, to how they’re disposed of and recycled. 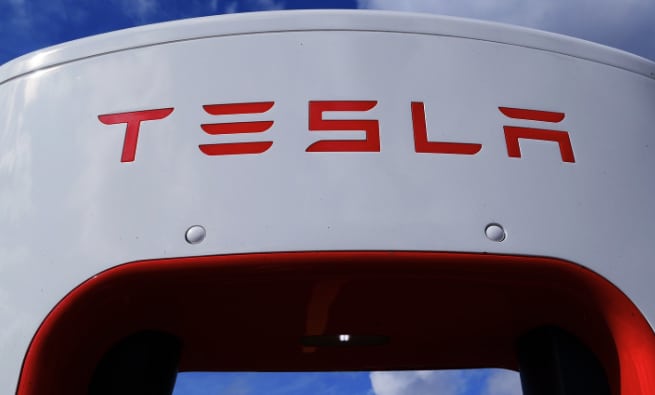 Besides being known for coming up with innovative designs, Tesla has also gained public attention due to the company’s several attempts at tackling climate change.

One of the ways the EV brand has done this is with its electric vehicles. We see this in the 2008 Roadster and modern models such as the Tesla Model 3. Tesla has always been about being green and sustainable, which is evident in the brand’s line of cars.

Additionally, they gather a lot of data from their electric vehicles, which they use to improve their designs and business plans in the future. They can use this information to spot trends and improve the efficiency of their EVs.

Life is easier when you have access to an EV that can get connected to a charging station or a site that is not going to make things worse for the environment. Here is where they come in by producing light trucks and EVs that offer an efficient and eco-friendly alternative to traditional forms of transportation.

Are Tesla Batteries Good or Bad For the Environment?

Tesla prides itself on sustainability, but there is a huge debate over whether the company is or is not completely green, and this includes their electric car batteries.

People think that a car that does not have an internal combustion engine is typically responsible for lower levels of greenhouse gas emissions. However, lithium mining consumes tons of water and is responsible for negative environmental damage.

The environmental impact of lithium-ion batteries is difficult to assess, as their environmental effects depend heavily on how they are manufactured and disposed of. To fully answer this question, let’s go over their battery production and disposal processes.

How Tesla Batteries Are Made?

Extracting lithium for batteries is very tedious, and requires a lot of energy from start to finish. Unfortunately, the power currently being used to attain lithium is non-renewable. Therefore, the procedure is not eco-friendly.

Typically, people extract lithium from brines in South American deserts. After extracting lithium, they would evaporate it using the sun. This process uses renewables such as wind or solar, not gasoline.

Sadly, due to the large demand for lithium (thanks to electric vehicle companies), the supply was not enough. So, people had to start mining the metal in Australia.

The process requires crushing rocks found in mines. Afterwards, the metal would be taken to China for processing. Both mining and processing require plenty of energy gotten from sources like coal or natural gas, which are non-renewable (not sustainable).

Their electric vehicles require lithium batteries. However, it also requires them for the Powerwall. This means Tesla requires a lot of lithium, which is gotten from non-renewable sources. Hence, this is one part that isn’t so green.

That said, they make these batteries in its manufacturing plant named Gigafactory located in Reno, Nevada. It is the world’s largest solar farm, so the factory is powered by clean energy. The fact that this factory exists helps to reduce or help their lithium batteries create a smaller carbon footprint.

For example, the factory takes in old batteries, extracts valuable materials like copper and cobalt, and then sends the polished metals back into the battery supply chain. This is evidence that Elon Musk is exerting every effort to steer his brand in the right direction.

Although you can power your electric vehicles using renewable energy, it is quite unlikely that you will. The reason for this is that most electric vehicle owners charge their EVs using electricity from their homes.

Keep in mind that the electricity powering their homes usually comes from non-renewable sources. The only way around this is if you install solar panels at home.

With solar panels in place, you can power your home using solar energy storage. Essentially, you would be charging your electric cars with renewable solar resources.

In addition, their superchargers get electricity from any source around them. Most of the time, these sources are not free of carbon dioxide emissions.

Most people still believe that once a car is out of use, its battery goes to a landfill somewhere. However, this has not been the case for decades. Thus, when your Tesla model eventually goes out of commission, its battery is not thrown out but repurposed.

Unfortunately, these batteries are huge and weigh a lot. So, most businesses involved in recycling electronics such as batteries do not know what to do with batteries of this size or weight. Even the ones that do, have a hard time using most of the battery, leading to a lot of waste.

Therefore, it is important for people and businesses to start investing time and energy into developing a method of recycling that is affordable and works effectively.

Lithium-ion batteries are recyclable to an extent, which is a plus, but recycling centers do not exist everywhere. Transporting these batteries to facilities across the world not only costs money but harms the environment.

These forms of transportation generate tons of heat that can be damaging to the environment if not managed properly. Hence, this is because a large amount of gasoline is needed to transport the batteries to different locations worldwide.

Their vehicles are just one type of car; you need to consider the impact of other car types. This article has covered all the ways these batteries affect the earth. However, a gas car can also play a huge role in pollution and greenhouse carbon emissions.

Gas vehicles may not contain the same batteries as their electric cars, but they do contain rare metals similar to the ones found in these cars.

That said, gas-powered vehicles are better when it comes to disposal and recycling. Currently, you can recycle over 90% of a gasoline-powered car battery, whereas you can only recycle about 5% of a lithium battery.

Ultimately, Tesla vehicles are usually more sustainable and environmentally friendly. Yet, gas-powered vehicle batteries are more recyclable. Therefore, comparing the sustainability of these vehicles depends on the situation.

How Can Tesla Improve Its Negative Impact on the Environment? 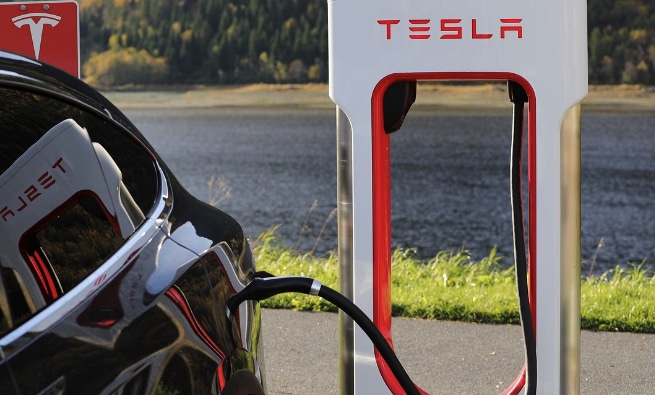 A spokesperson from Tesla mentioned that the company currently recycles all returned battery packs. Furthermore, they noted that the market for batteries is on the rise, and as it grows, so will efficient methods for recycling batteries.

With this advancement in recycling efficiency, there should be a reduced impact on the environment. Reducing CO2 emissions is not just beneficial for the environment, but also for human health.

One method they could use to reduce carbon footprints is by creating a recycling center at its manufacturing plant. If the company does this, it would increase the number of recycled lithium-ion batteries and can reduce the costs of these batteries worldwide for recycling.

Tesla is one of the most innovative brands in terms of sustainability in cars and other technology. A significant part of this sustainability is the lithium-ion battery. However, creating, using, and disposing of these batteries has a significant negative impact.

Their electric car batteries do have an environmental impact due to the manufacturing process, mode of charging, and their battery recycling process. On the other hand, this brand is continually finding new ways to reduce its air pollution.

Hopefully, these innovations can result in the batteries not being so bad for the environment since they use renewable resources for charging. Hence, less CO2 is generated while driving these electric vehicles.

You can use the EPA and Department of Energy (DOE) calculators to determine the amount of emissions that needs to be generated to charge an EV. Overall driving an EV can help you make the world a better place and lead to significant environmental benefits.