The aftermarket auto parts industry is full of products that promise to improve performance in all areas, including horsepower and vehicle operation.

For instance, there are the new-fangled carburetors, gasoline additives, fire-injector spark plugs, and loads of other miracle paths, all of which claim to leave your car performing even better than it originally was.

Do you want to know how to increase the horsepower of a car? But the truth is— not all of the things you read online have the ability to boost the overall engine performance.

If anything, the engine is purely built around math and physic concepts, part of which includes the transformation of heat energy to mechanical motion.

Speaking of which, there are several ways the transferred heat energy can be nipped up to increase the horsepower produced by your vehicle.

9 Ways to Increase The Vehicle’s Horsepower 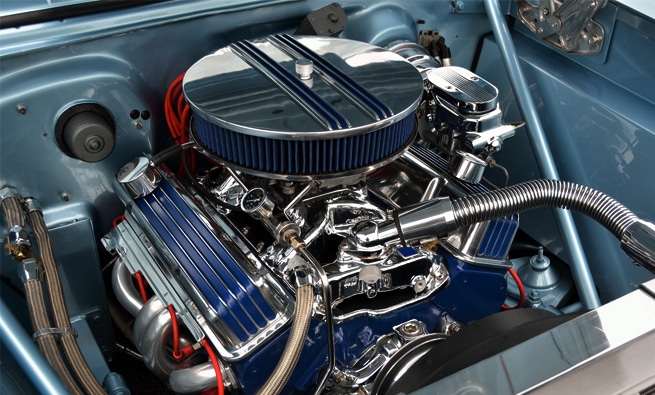 That being said, here are nine effective tips on how to increase the horsepower of any given type of car:

At times—not certainly all the times, changing the ROM chip in the Engine’s Control Unit (ECU) of your car may significantly improve its performance.

To get the chip, just visit a trusted aftermarket performance dealer and place your order. But before that, consider reading through different independent reviews of the chips before buying one to avoid wasting your money on chips that are nothing but hype with zero performance.

Basically, you want to fine-tune the ignition timing to ensure consistent power delivery. This method is quite effective, and you will get more power out of your engine without having to spend a ton of money.

Getting more air in and out of your engine is perhaps the most effective way to add more horsepower, and this is exactly what a cold air intake system does. Remember that an internal combustion engine is, after all, an air pump.

The first advice you’ll ever get from anyone you ask about upping your horsepower will definitely be about the cold air intake. You see, cooler air is always denser than warm or hot air.

Meaning if it’s rammed into the cylinders so it can mix with the fuel, more air will be supplied as compared to the amount supplied by the ordinary air. As such, fuel combustion is intensified, generating the extra horses you badly need.

For a typical engine, be sure you can generate about 5 to 7 extra horses if you use this method. A cold air intake is also known as forced induction. It uses compressed gasses to increase the overall pressure and density of the air.

For some natural aspiration cars, it’s easy to increase the horsepower by about 5 to 10 counts by upgrading it to a high-performing exhaust system.

It replaces the entire section of the pipe that runs from the catalytic converter back to where it enters the muffler. The cat back exhaust system is usually made from stainless steel and can be polished or left in its natural state, depending on your preference.

Many people have a common misconception about oversized piping taking a negative toll on the back pressure, thus resulting in the loss of power or low-end torque. But the truth is–most engines are better off with a free-flowing exhaust system, as far as the intake, header, and exhaust system go.

Cutback systems are among the few surefire auto parts that can truly increase horsepower. Basically, this system runs through the catalytic converter all through towards the end of the piping at the exhaust, thus increasing the horsepower produced by the engine.

To install the kit, be prepared to cough up a few hundred dollars, although you can still save a hefty amount on the price if you carefully shop around first before buying.

If you’re planning to install the kit yourself, all you have to do is measure the diameter of the pipe running from the catalytic converter, after which you can replace it with an even larger exhaust pipe. But then again, several shops can help you install the kit at a sliced-up amount.

Buying a free-flow air filter that fits into your truck perfectly well is another effective way of giving your engine a major boost. It may not be considered a bigger change, but it’s definitely a better way to ensure your auto performs at its highest possible level.

To do this, start by opening the car’s hood, then locate the housing of the air filter before removing it. Unscrew the clamps and screws, but be careful enough not to contaminate the filter housing.

Once done, go ahead and remove the old air filter before cleaning the inside of the box using a damp piece of clothes. You can have the old filter replaced with your new free-flow air filter.

Installing a turbocharger is a huge project that may cost you several thousand dollars, but it’s definitely one of the most effective ways to increase the horsepower of your vehicle by ten-folds.

If your pocket is bulky enough to support the installation, you may have to research heavily on the different varieties of supercharges, including root supercharge, centrifugal supercharge, and twin screw supercharge.

Out of these, the centrifugal supercharge is considered the most effective, as it can reach 60 000RPM with so much ease. Most turbocharger kits will range from about USD $500 to $5,000.

#7 Get your car’s computer flashed

In case your vehicle is all motor, turbo, or supercharged, it’s easier to get your car’s horsepower pumped up by simply having its computer reprogrammed.

That way, you can draw a prodigious amount of power from a car given that almost all types of modern cars are designed in such a way that the computer controls well-nigh everything, including the timing, pressure, and fuel delivery.

Modifying the computer adds more fuel to the fuel/air mixture, and the increased airflow triggers. It is one of the best ways of getting the most performance and extra power out of an engine.

A good computer flash will cost you anything between $200 and $500, depending on your vehicle type and model. It’s a pretty hefty amount to spend, but it’ll be all worth it in the end. Professional advice is recommended if you own a modern car.

#8 Remove the restrictive muffler and free up the exhaust flow

The next tip on how to increase the horsepower of your car is to remove the restrictive muffler on the car completely. The reason being the stock muffler is mostly designed to operate at zero noise at the expense of the engine’s performance.

As such, they’re fraught with twists and turns that allow air to get through, thus making them somehow restrictive. Even worse is that they muffle way too much, making it even harder for you to get the true performance sound of your vehicle.

Many enthusiasts love this option because not only does it allow you to add more horsepower to your vehicle, but it also gives your car an excellent sound.

The best part is that this modification is pretty simple and straightforward, and you can do it by yourself without having to get professional advice.

#9 Get a larger throttle body installed

Removing the stock airbox of your vehicle can also allow that outside air to cool down the engine compartment, boosting the horsepower output. But that’s not all; you can also get a larger throttle body installed to suck in more air.

The throttle body is situated right between the air filter and the intake manifold of your vehicle. It’s basically a butterfly valve that controls how much air flows into the engine. The larger the throttle body, the more air can get through and into your engine; hence you will get more power.

Pro Tip: By just adding a nice cat back exhaust system and cold air intakes, you will notice an increase in horsepower.

As you can see, there are different ways to increase horsepower using high-performance parts. There are other minor tweaks that anyone can do to their vehicle to boost the car’s engine performance.

For example, cleaning the high flow catalytic converter can increase engine performance. So, what is the best way to increase it? You’re looking at some of the best techniques most experienced mechanics use to boost the performance of a vehicle.

Engine power is something that nobody can’t ignore. If you have a small engine, there is so much a mechanic can do to boost your HP. Adding a performance intake and replacing the factory exhaust are two of the most common ways to add power.

Because colder air is denser, there is more oxygen in the cooler air, allowing you to burn more fuel. Stock intakes will have a more controlled airflow, which can often be restricted. It is a way to increase fuel economy and protect most vehicles.

Also, try to use the proper synthetic lubricants and fuel with high octane ratings. These are just some tips to increase horsepower and torque. If you have any suggestions or questions, feel free to leave them in the comments section below.